A place for trans USC students (and allies) to mingle, chill, and dismantle transphobia!

TAG is a student-led organization centered around transgender USC students. 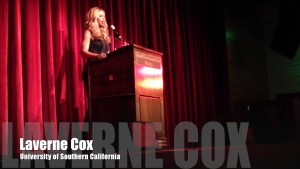 We alternate between hosting group discussions on heavier topics (examples of past discussion topics include trans hyper-visibility in the media, and the intersection between transphobia and ableism) and having more laid-back meetings where people can chat and bond (for example, a pizza party where we watched Transparent, or the TAGazine our members collaborated on). We also collaborate with several other student organizations on larger events, and last year worked to bring noted actress and trans advocate Laverne Cox to campus!

Meetings are held every Thursday at the LGBTQ+ Student Center Lavender Lounge (STU 405).